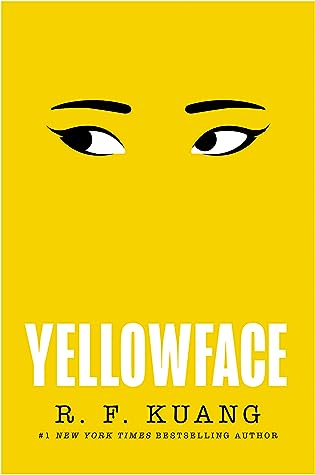 What's the harm in a pseudonym? New York Times bestselling sensation Juniper Song is not who she says she is, she didn't write the book she claims she wrote, and she is most certainly not Asian American--in this chilling and hilariously cutting novel from R. F. Kuang in the vein of White Ivy and The Other Black Girl.

Authors June Hayward and Athena Liu were supposed to be twin rising stars: same year at Yale, same debut year in publishing. But Athena's a cross-genre literary darling, and June didn't even get a paperback release. Nobody wants stories about basic white girls, June thinks.

So when June witnesses Athena's death in a freak accident, she acts on impulse: she steals Athena's just-finished masterpiece, an experimental novel about the unsung contributions of Chinese laborers to the British and French war efforts during World War I.

So what if June edits Athena's novel and sends it to her agent as her own work? So what if she lets her new publisher rebrand her as Juniper Song--complete with an ambiguously ethnic author photo? Doesn't this piece of history deserve to be told, whoever the teller? That's what June claims, and the New York Times bestseller list seems to agree.

But June can't get away from Athena's shadow, and emerging evidence threatens to bring June's (stolen) success down around her. As June races to protect her secret, she discovers exactly how far she will go to keep what she thinks she deserves.

With its totally immersive first-person voice, Yellowface takes on questions of diversity, racism, and cultural appropriation not only in the publishing industry but the persistent erasure of Asian-American voices and history by Western white society. R. F. Kuang's novel is timely, razor-sharp, and eminently readable.